by The Wiseman Company 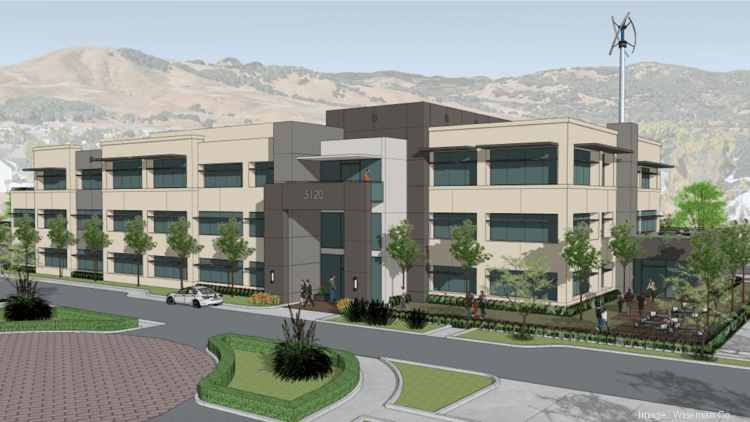 The Wiseman Co. plans to start construction in spring of 2020 on a 50,000 square foot office building in Fairfield.

High rents and low vacancy are pushing many Bay Area office tenants to leave the region, but would they consider Fairfield?

While many office tenants feeling squeezed in the core Bay Area have left the region — or the state altogether — a Solano County landlord is now hoping to lure them.

To capture some of the exodus, the Wiseman Co. plans to break ground by April on a 50,000-square-foot, Class A office building at 5000 Wiseman Way in Fairfield with no tenants signed up. The site is 50 miles northeast of both San Francisco and Oakland.

“We are seeing an increasing number of corporate executives realizing that, due to lifestyle and financial reasons, this option is better than Austin, Denver and Phoenix, and because of their love for the Bay Area,” said Zen Hunter-Ishikawa,  chief business development officer for the Wiseman Co.

The landlord owns a dozen other buildings in Fairfield, Napa, Suisun City and Woodland.

Wiseman plans to build its new building on a 2.75-acre vacant lot. The $20 million project, designed by TWM Architects & Planners, will be built by Midstate Construction. ZFA Structural Engineers is also part of the development.

The landlord has had some success attracting new tenants from other parts of the Bay Area, albeit for leases under 5,000 square feet.

In the past year, companies including San Francisco-based internet security company TrustedSite and Michigan-based Flagstar Bank each took about 3,000 square feet to expand into Wiseman-owned buildings.

Another tenant, information technology security firm BPM LLP plans to triple the size of its office to 2,400 square feet this year in the Green Valley Executive Center at 5030 Business Center Dr. Fairfield. The satellite office of the larger corporation  started out in Fairfield more than a decade ago with employees working remotely before moving into Class A office space.

“The decision for our team, even when it was small, to move to Green Valley, was to be centralized to our existing employees and attract those who might drive in, but want to commute under 30 minutes,” said Sarah Lynn, a partner with BPM who heads the Fairfield office.

Moving to a larger city would mean higher rents for similar space, more traffic, and longer commutes for employees. Fairfield also offers proximity to colleges and military bases where the company can recruit, Lynn said.

Fairfield sits in what one real estate broker called the third loop of the Bay Area.

If the first and second loop become too expensive or crowded for office space and housing for workers, some tenants will then consider the third loop if they want to stay in the Bay Area metropolitan region, Del Becarro said.

“It will happen, but it won’t be dramatic in the next five years,” he said.

So far, the exodus to markets such as Solano County has been “a trickle.” The  move only really works if most of a company’s employees live within a 30 mile radius such as in the East Bay, Del Beccaro said. Employees living in San

Francisco or the West Bay are unlikely to follow their employer to Solano County.

A major shift to the third loop “is going to take time,” Del Beccaro said. “But the fundamental premise that over time, inner bay tenants will migrate to Solano County is correct. …The only question is how fast and how much.”

FAIRFIELD, CA – The Wiseman Company is honored to have been invited…